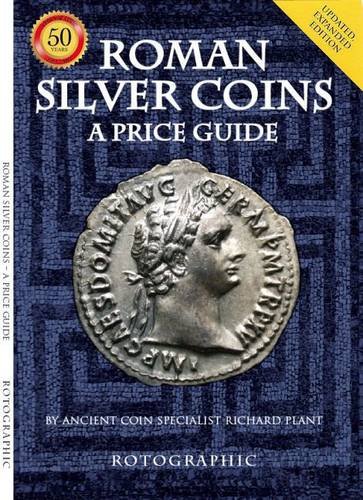 For the first time, the most commonly encountered silver Roman coins can be inexpensively identified and some idea of value can be gained. Whether you are setting out to form a collection of every emperor or are already an experienced Roman Coin collector, you will not be able to put this book down! The line drawings of most obverse types mean that the legend is clear and readable in the book, and it makes a great aid to identification, as does the alphabetical list of emperors/empresses in the back of the book. This book includes an identification guide for republican coins, instructions on cleaning Roman silver coins and a list of Roman mint town mintmarks. It also includes an alphabetical list of Emperors/Caesars/Empresses and information of Roman coin grading. The book is ordered chronologically, and with the introduction of different coin types clearly mentioned, together with some historical notes, it also gives an easy to follow explanation of the Roman base metal coinage and how it changed over 750 years.


Reverend Richard J. Plant has had books in print for over 30 years and has been published by Spink and Seaby among other high profile publishers. Reverend Plant is a leading world authority on Ancient Coins. His 1979 "Greek Coin Types and Their Identification" is still regarded as the definitive work on the identifaction of Greek Coins. Rotographic are very pleased to have Reverend Plant with us and look forward to publishing more Richard Plant titles in the future.