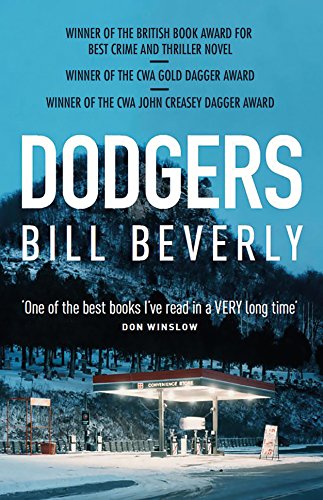 Shortlisted for the Edgar Award for Best First Novel 2017

Shortlisted for the PEN/Hemingway Award for Debut Fiction 2017

Dodgers is a dark, unforgettable coming-of-age journey that recalls the very best of Richard Price, Denis Johnson, and J.D. Salinger.

When East, a low-level lookout for a Los Angeles drug organisation, loses his watch house in a police raid, his boss recruits him for a very different job: a road trip - straight down the middle of white, rural America - to assassinate a judge in Wisconsin.

Having no choice, East and a crew of untested boys - including his trigger-happy younger brother, Ty - leave the only home they’ve ever known in a nondescript blue van, with a roll of cash, a map and a gun they shouldn’t have.

Along the way, the country surprises East. The blood on his hands isn’t the blood he expects. And he reaches places where only he can decide which way to go - or which person to become.

By way of The Wire and in the spirit of Scott Smith’s A Simple Plan and Richard Price’s Clockers, Dodgers is itself something entirely original: a gripping literary crime novel with a compact cast whose intimate story opens up to become a reflection on the nature of belonging and reinvention.

'A road movie, a coming-of-age tale, a crime novel of gritty realism and a hugely impressive debut' – Irish Times

'Exposes the real fears and deep sadness of teenagers who grow up in a world of poverty, drugs and violence' – Times